UruTunes - Sounds of the Cavern

I don't intend to stick with a rigid schedule, but if you want to try and catch my stream, it will usually be on Sunday, Tuesday, or Thursday mornings, typically between 6:00 and 10:00 KI time in the cavern.

If I do have any specific broadcasts planned, this will be one of the places I'll announce them.
Top

I'm going to do a two-part dive into Skinny Puppy and Download on Sunday, January 30 and Tuesday, February 1. Each broadcast will begin at 7:00 KI time and last about 2.5 hours.

I only started listening to Skinny Puppy in 1996 when they released The Process, a year after the band had already broken up. I wasn't able to get into their previous albums because the style and sound was quite different from The Process. I learned cEvin Key had a side-project called Download, and it was a satisfying continuation of Puppy-like sound, while drifting more towards electronica. Skinny Puppy got back together in 2003 and I've enjoyed most of what they've released since then.
Top 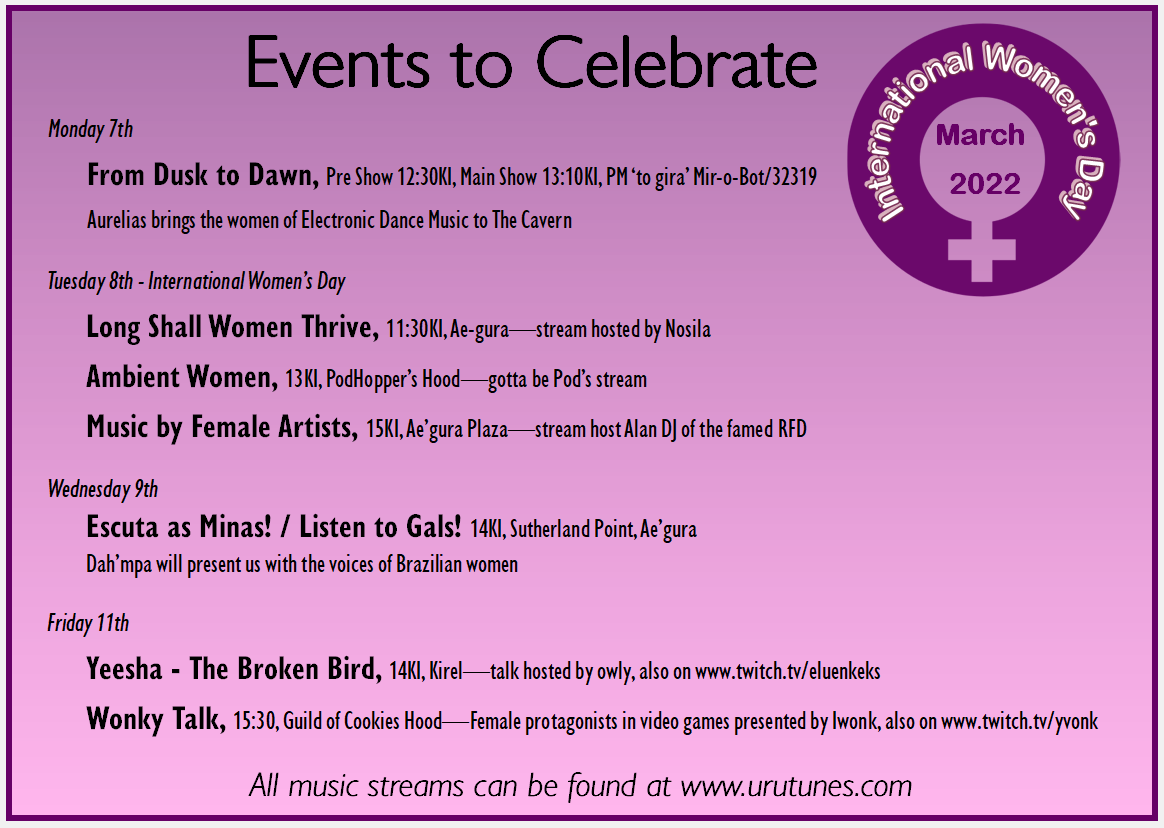 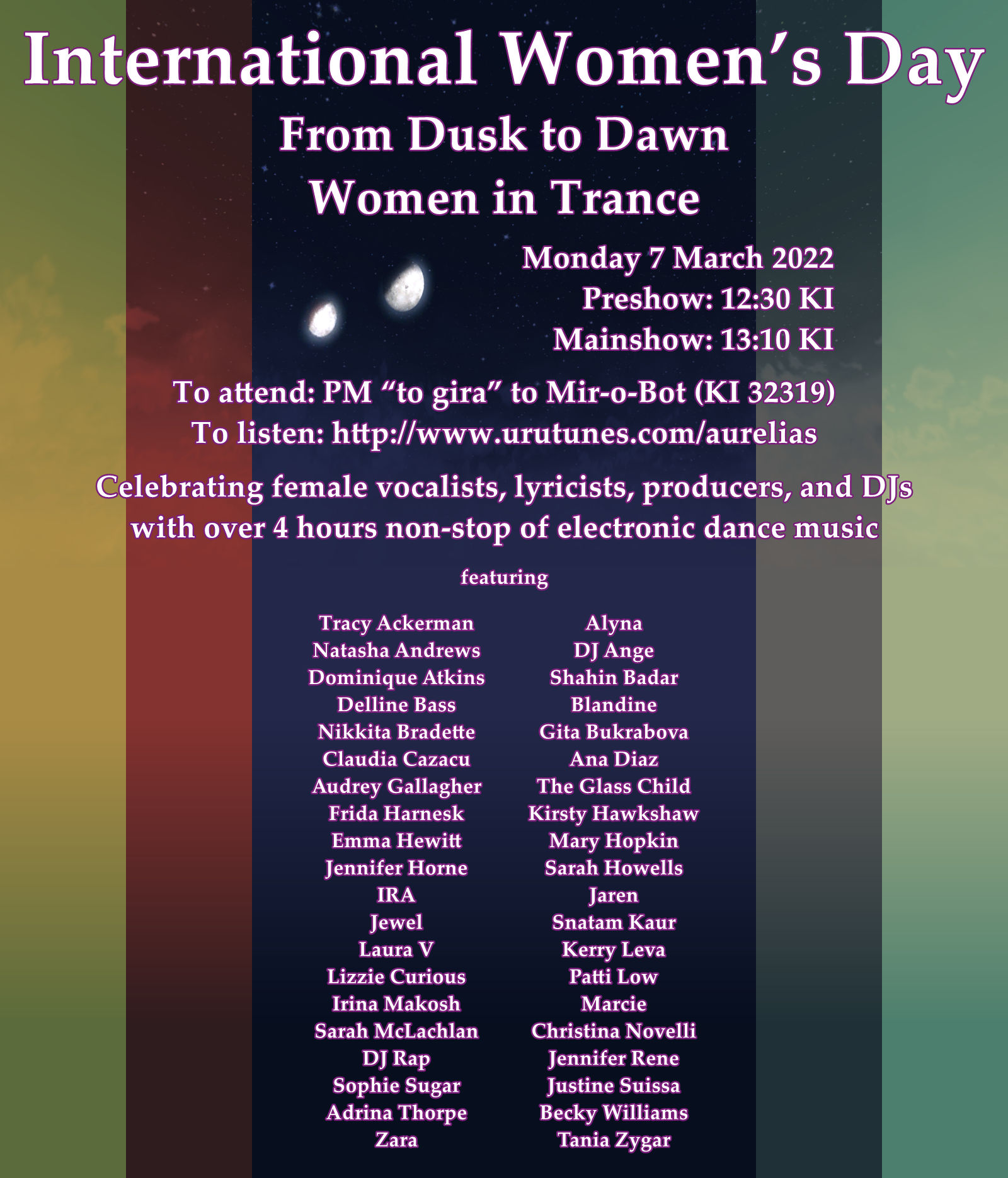 As part of this year's International Women's Day celebrations in the cavern, I will be hosting a radio stream to be broadcast from Mir-o-Bot's Eder Gira on March 7. There will be a 40 minute preshow of assorted tracks. Once the sun sets, the main show will begin, and will go non-stop until the sun rises again!

I have a few shows planned.

Starting with a two-part playlist on Thursday, April 21 and Sunday, April 24. Each broadcast will begin at 7:00 KI time and last about 3 hours. Thursday will be psy-trance oriented, and Sunday will lean a little more towards progressive house and skirt the edges of techno.

I had mentioned that a Sasha & Digweed mix was one of two albums that introduced me to trance. On Sunday, May 1 at 8:30 KI time I will broadcast the other one. Just the tiniest and vaguest of hints: it will be on the day of the 24 year anniversary of its performance/recording.

And finally, a two-part dive into KMFDM, specifically when they were signed to Wax Trax! in the 90s and late 80s. This will be Tuesday, May 10 and Thursday, May 12 at 7:30 KI time, each broadcast lasting about 2¼ hours. Get ready for inane, recycled, and self-referential lyrics. Prepare yourself for the ultra heavy beat. And remember, KMFDM SUCKS!
Last edited by Aurelias on Thu May 19, 2022 3:27 pm, edited 1 time in total.
Top

This Sunday, May 22, I'll be playing Aerosmith starting at 7:00 KI time and lasting about 2¾ hours. It will span from the 70s to mid-90s and will focus mainly on their lesser known songs.
Top

Starting today, I am going to try and stream music daily for all of July and August. Each day the stream will start between 6:00 and 8:00 KI and will play until about 10:00 KI.

Tuesdays and Thursdays will be trance, but the rest of the week will be an audio smorgasbord, from 80s hair metal one minute, to jazzy Christmas carols the next, to 90s hip hop, and a whole lot in between.
Top
Post Reply
8 posts • Page 1 of 1